Ace In The Hole

In the spring of last year, Billy Joel spoke at Vanderbilt University. I forgot how I first heard about it. He did a little Q&A. There was a piano up there with him. A boy, a student in the crowd, asked to play one of Joel’s songs with him. And to the delight of everyone in the room and eventually the worldwide web, Billy Joel said yes. And so Micheal Pollack spent five minutes at the intersection of talent, hard work, guts, and opportunity that most of the world refers to as ‘a lucky break’.

The university’s public relations department released a clip of the moment. It went viral. Micheal was interviewed by news outlets. It was an excellent, heart-warming, life-affirming pop culture moment.

The story stuck in my head. Like the talent competitions with their jaded celebrity judges who get their eyebrows singed from the perfect voice that comes from a less than perfect body, the story of kid lives out his dream is a compelling one. I’ve watched the video probably a dozen times since it was first released.

I watched it again the other day, except this time I watched the video that Micheal uploaded, the one a friend took on a cell phone. And in doing so, I got to see the story from a new angle, possibly a more true angle.

The questions are the same, the performance the same. Michael’s talent and Billy Joel’s reaction, all remain unaltered. The thing captured in this video is the few seconds prior to all of this.

The video starts with Billy remarking on ‘the kid with the fan club’. Then, Micheal’s friends urging him to stand up. Stand up! Stand up! Stand! And Micheal stands, at the prodding of his friends, and the rest, you know. Without the encouragement and support of his friends, Micheal might not have had the guts to ask what he did. The world would not have seen his talents. He would not have lived out the dream of untold numbers of musicians.

Van Gogh had Gauguin to urge him on when he was ready to give up. Picasso had Apollonaire and Casagemas. Dorothy Parker had Peter Benchley.

I have a cheering section as well, a fan club with exclusive membership. My friends have been urging me on in my writing for well over a decade now. They were instrumental in my metamorphosis from someone who writes well to a writer. 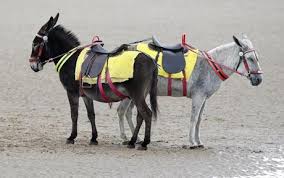 They nagged me for years to write. They nagged me more to publish. They are still riding my ass today. They ride my ass all the time.

My friends are my ace in the hole. These women and men have known me at my best and at my worst. They have loved me fat and loved me skinny, flush and poor as a church mouse. They have held my hand through the darkest days of my life. And they have held me accountable, when I wanted to let it all go.

The people in your life, this is what they should do. They should bring out your best self. They should lift you up. They should hold you accountable. They should be vested in your success. When I am lacking faith in myself, I borrow some of the faith they have in me. When I am missing the necessary drive, I borrow from my friends. I rely on their strength when mine is not enough.

I don’t think I can ever say enough about what my friends have done for me. I can’t thank them enough. I can’t do enough for them in return. All I can do is work hard and honor their belief in me by being the best damn writer I know how to be.

I’m still sick. I may have survived cancer only to be done in by a cold and poverty. Send chicken soup, warm socks and fingerless gloves. And cold medicine.