Epistle From A Southern Apostle

Fort Nashborough. Before this, even.

With the exception of a few years in my early adulthood, I have lived my entire life within a few miles of where I was born and where my family has lived for as long as people have inhabited the land – yes, that long. When I first moved away from home and interacted with Yankees, in Yankeeland, I was shocked at how often they made disparaging remarks or jokes about Southerners and the South. I had always assumed the antaganoism of my adult relatives towards Yankees was a bit overwrought, perhaps looking to pick a fight.

Why do Yankees think it is okay to crack wise about the South and its people? With me in the room? Would you take a shot at African Americans or Hispanics under the same circumstances? Would you say â€œoh, but you arenâ€™t like those other ones,â€ and expect that to mollify? Make it okay? No.

I do not understand why the South is still perceived as a cultural and intellectual wasteland, filled with hard-hearted, slow-witted people. There is no basis in fact for such an idea. I can sense your skepticism from here so let me walk you through a little experiment. Look at the cultural landscape of America, especially that which is most identified with America – music, literature and film – and try to paint that landscape without the contributions of the South or Southerners.

First, you have to do away with music. Without the South, there is no American music, full stop. There is no gospel, blues, bluegrass, country, jazz, soul, swing or rock nâ€™ roll. Without Memphis, New Orleans or Nashville, there is no Los Angeles record machine or Village jazz scene. Read any competent history of American music and you will soon understand, all American musical roads lead back to Dixie.

Secondly, scratch out much of what makes American literature great since the first American novel and novelist, Mark Twain and The Adventures of Huckleberry Finn, were both rooted in southern vernacular, tradition and culture. The most beloved novel of the 20th century is To Kill A Mockingbird, a Southern book to its core. The most lauded novelist is William

Faulkner and perhaps the most successful playwright, Tennessee Williams. Creative non-fiction or new journalism? That was Truman Capote. And finally, long-form narrative film? That would be the brainchild of D.W. Griffith, Kentucky native. The film that has sold the most tickets, ever, in the history of film-making? Gone With the Wind.

Since our place at the head of American arts and letters seems fairly secure, what about other areas? Political leadership for example? Per capita, the former states of the Confederacy have produced more Presidents than any other region of the country. Weâ€™ve produced more Nobel Peace Prize winners per capita. We have more than our fair share of Rhodes Scholars. Until 2008, the college which had graduated the most Rhodes Scholars per graduated student was The University of the South, in Sewanee, Tennessee, a tiny institution on top of a mountain, in the middle of nowhere. Votes for women? Tennessee was the state that made that constitutional amendment happen. Look it up.

Philanthropy? The American Enterprise Institute recently completed a study. In it, they found Southerners give a larger percentage of our income to charitable organizations, even when you take into consideration donations to religious organizations. We volunteer more of our time to nonprofits. We give more blood. We volunteer for military service at a higher rate. We give more of ourselves for the betterment of others than any other region.

We make the best bourbon. We make the best whiskey. We do not make bad beer. Have you tried our biscuits? We invented twenty-four hour cable news. We brought you Dr. Pepper and Coke. Two words: pulled pork. We play better football. We race faster cars. If The Miss America pageant is any guide, we are just like you, only prettier. 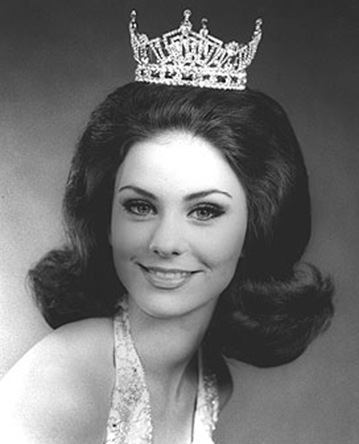 Do we have our problems? Oh, yes, yes we do. Many of them are the problems endemic to long-term neglect and economic exploitation. For decades, the region was used as leverage for union-busting corporations who exploited racial politics, playing working class African Americans and whites against one another in a successful effort to keep wages low and unions out. The destruction of infrastructure during the Civil War left the South at an economic disadvantage which has only started to be erased in the last few decades.

Do we still deal with the affects of slavery, Jim Crow and racism? Certainly and we shall continue to rightly pay that price for however long it takes. I would still bet money on Nashville or Atlanta coming out ahead of Boston or Hartford in a survey of race relations and conditions for African Americans. Stop and Frisk is law enforcement policy in New York City, not Charlotte. Wisconsin locks up the largest percentage of its African American citizens. There are exactly the same number of African American governors from the former Confederacy as there is from the rest of the nation.

Do we have a complicated relationship with religion? Certainly. Are there inconsistencies between our preaching and our practice with the high divorce rate, etc? Certainly. Let me know if anyone from Yankeeland wants to have a debate about hypocrisy and the Church. Iâ€™ll be there with bells on.

Do I give voice to my frustration with the way things are here? Yes, I do. It is difficult to see the place you love lead in directions you think are detrimental. When I criticize, I do it from within, with a deep, cellular understanding of the place and its people. I do it with love because I want to see my people and my land excel and do their best. I think we can do better.

I get why we may seem a bit odd, why we make for easy punchlines. We talk funny. We put babies in beauty pageants. Our politicos say stupid things. But I would ask, have you heard of Kim Kardashian? Paris Hilton? Michele Bachman? The South doesn’t exactly have a corner on stupidity, vapidness, or oddballs. I spend as much time explaining Yankees to the South as I do the South to Yankees. We all produce people we’d rather not claim. The next time you start to make a joke about the ignorant red necks of Dixie, take a second to think about it, to think about me, think about the real people who live here and work here and learn here. What would it feel like to have the roles reversed? And then maybe, realize we all have things we need to work on. We all fall short of the ideals of equality and opportunity espoused in our founding documents. Let’s try for more we and less I, more us and less them.

I love my home. I love the land. When I sometimes dream of living at the English seaside or in a tiny loft in New York, my fantasy always ends with “and then I’ll move back home”. This place and this people will always be my home. I can’t escape it. I know because I tried. The sway it holds over me is as powerful as gravity. I am tied to it and it to me. This place has cared for me, fed me, molded me in a way I am only now coming to terms with. It is a spectacular and singular land, maybe the last holdout of American idiosyncratic regional weirdness.Â I want everyone to appreciate it the way I do, to see it for its beauty and its strength. But I want you to stop moving here because the rent is getting too damn high.

Seriously. Rent is too damn high.